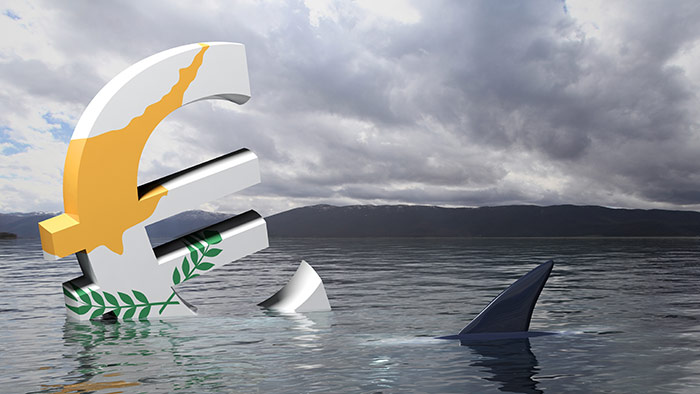 There are a multitude of reasons why you may want to have your adult entertainment business set up outside of the United States. Some of the reasons include favorable tax laws, decreased individual liabilities, and staying outside of the jurisdiction of state and federal agents and prosecutors, just to name a few.

Imagine that you were running a highly successful adult business that you spent a tremendous amount of time, money and energy setting up overseas. Imagine that your business was financially strong and that you had loads of cash in the bank. Finally, imagine that your hard-earned cash was being kept in your overseas bank account, safe from taxation. Sounds pretty good, doesn’t it?

Now, I want you to imagine waking up one morning and realizing that you don’t have enough cash to cover your daily expenses, and so you head over to your local bank to wire yourself some funds out of your overseas account. But guess what: When you arrive at your local bank, you are informed that the assets in your overseas bank account have been frozen and you may end of losing a substantial portion of your account balance.

There is no need to imagine this scenario. For those of you banking in Cyprus, this scenario is your reality. What happened?

The Cypriot economy was strong and did not suffer too much damage during the global financial crisis (in comparison to the rest of the world). The recent financial disaster in Cyprus was actually set in motion long ago as a result of a historic and apparently blind relationship with Greece. In the simplest of explanations, Cyprus banks were deeply invested in Greek government bonds. When the Greece financial sector collapsed, it took Cyprus with it. Cyprus banks accounted for eight times the country’s economic output (GDP); when Greece began defaulting on its bonds, Cyprus’ economy was not able to keep up. A perfect storm had formed.

According to Europa.eu, the Republic of Cyprus gained its independence from Britain in 1960. Since 1975 the island is de facto divided between Turkish and Greek Cypriots. Cyprus joined the European Union in 2004.

On March 16, 2013, Cyprus was offered a bailout package, whereby Cyprus would get a 10 billion Euro bailout on the condition that the Cyprus government would raise an additional 5.8 billion Euro. Unfortunately for Cyprus and their limiting GDP, the Cyprus government was left with few options and planned a levy on all bank deposits to come up with the 5.8 billion Euro. Under the government’s plan, all savers would lose 6 percent of their deposits with the levy going up to 10 percent for deposits over 100,000 Euro. The result of the government’s plan sent shock waves through the Cyprus financial sector and bank depositors. Bank depositors panicked and began racing to the bank to withdraw all of their funds. As a result of the panic and in order to stop a complete collapse of the Cyprus banking system, the Cyprus government was forced to take drastic measures, including the closing of banks and withdrawals being limited to 100 Euro per day. In short, bank account holders were locked out of their accounts and funds.

In light of the panic and outright outrage, on March 25 a new bailout package was announced by the Eurozone and the Cyprus government whereby Cyprus would get 10 billion Euro on condition that it would shut down its second largest bank (the Laiki Bank—also known as the “bad bank”—composed mostly of Russian individuals and corporations). The good news is that depositors with bank funds less than 100,000 Euro would not be penalized; however, those depositors with balances in excess of 100,000 Euro could lose 40 percent of their money. At press time, final conditions for the bailout were to be announced in April.

The Cyprus banking system was unsustainable and Greece was nothing more than the trigger of a loaded gun.

Make no mistake—there were warning signs that Cyprus was headed in the wrong direction. In 2009, the Cypriot economy contracted 1.67 percent and unemployment began to rise (largely due to decreased tourism). Then, in 2011, the credit rating of Cyprus was downgraded by all major credit rating agencies. In fact, since January 2012, Cyprus has been kept afloat courtesy of a 2.5 billion Euro emergency loan from Russia. (Since you are probably wondering why Russia would try to save the Cyprus banking system, it’s important for you to know that Russian businesses represented approximately 50 percent of Cyprus deposits and use Cyprus as a tax haven.) Finally, in March 2012, Moody’s lowered Cyprus’s credit rating to “junk status.”

Please keep in mind that my summary of what has transpired in Cyprus is meant to be just that, a summary. A complete and detailed account of what occurred would take a few thousand pages more than the 1-2 pages that I am allocated by AVN. As is stands today, this situation is ongoing and things could change with limited to no notice.

For those of you with assets located at the Laiki bank or those of you with assets in Cyprus, greater than 100,000 Euro, you are most certainly in harm’s way and I encourage you to contact an attorney licensed to practice in Cyprus. While it is unlikely that any attorney can stop the Cyprus plan, you need to re-evaluate your entire corporate structure and banking relationships immediately.

My clients have been very fortunate in that they were able to escape the mess in Cyprus. Over the years prior to this event, I worked with local Cyprus attorneys and financial experts in order to share some of the warning signs that were becoming more evident with my clients. No matter where you establish your banking relationships and where you decide to keep your money, you need to be cognizant of local and global economics and politics. Saving 20, 30 or 40 percent on your taxes is always nice, but it’s pretty awful when your money is gone overnight.

For most business owners, avoiding or lowering tax liabilities is always a good thing. After all, it’s your hard-earned cash and so why would you want to turn it over to the government. If this is your business mentality, I have a hunch that if you had deposits in Cyprus banks, your business mentality may have drastically changed.

Setting up entities overseas can be a great strategy for your business but you must ensure that you have consulted with proper legal and financial advisors before making any decisions. This will not be the last time that a country’s banking system nears collapse, and it is equally important that you are constantly up to date on the latest political and economic developments for wherever you intend on keeping your assets.

This information is not intended to constitute legal advice and should not be relied upon in lieu of consultation with legal advisors in your own jurisdiction. It may not be current as the laws in the area of informed consent change frequently. Transmission of the information contained in this article is not intended to create, and the receipt does not constitute, an attorney-client relationship between sender and receiver.